Combining performing and composing, Thomas Soto strives to create impactful music for modern audiences. Thomas is currently pursuing a degree in "Technology and Applied Composition" at the San Francisco Conservatory of Music. During his education has had workshops with film and video game composers such Austin Wintory, Jeff Beal, and Laura Karpman, as well as workshops with Senior Music Producers Matt Levine and Jonathan Meyer from Sony Playstation. He is currently working on other projects as part of his education. He has also composed music for independent projects such as student’s film project at the Academy of Art University. Thomas has studied with Clint Bajakian and Dren McDonald and currently studies with Lennie Moore.

Thomas’ passion for composition stems from his years as a performer. He plays Trombone, euphonium, piano, and percussion. Recently Thomas has been focusing on playing jazz music, and performing in the Blue Devils B Drum and Bugle Corp. His experience in these areas are shown in his abundant writing of powerful and prominent brass parts.
'> 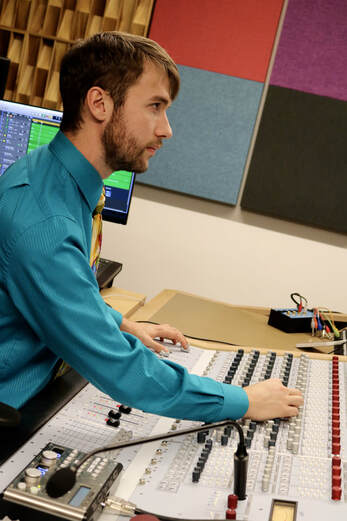